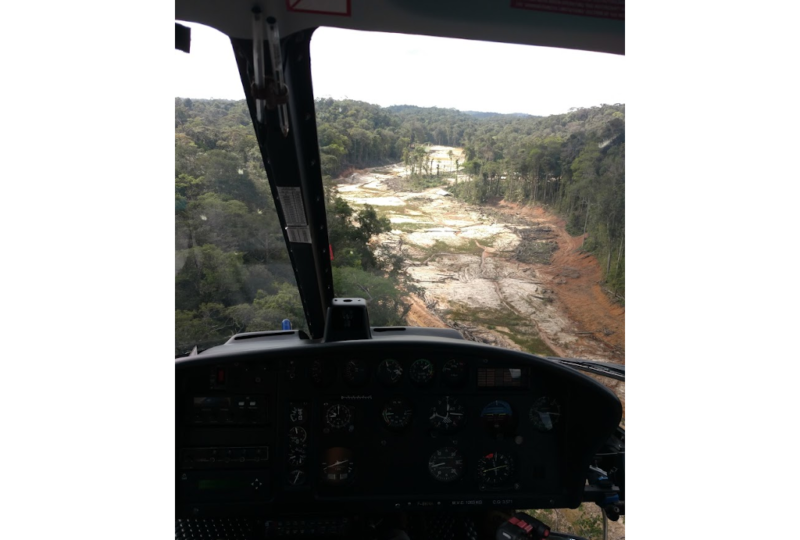 Powerful tool launched in the heart of French Guiana’s forests

In 2018, armed with tablets containing real-time data on forest loss, a team of French National Forest Office (ONF) employees boarded a helicopter en route to pilot sites in French Guiana. Whether their goal was to track down illegal artisanal miners or check up on the recent activities of licensed gold mining companies, they were the first people to test the Forland automated warning system.

Forland is a digital platform that provides a global overview of a particular landscape, based on real-time data. Developed in consultation with local stakeholders, each platform allows land-use planners to build future scenarios and monitor impact using a set of customized features.

A truly demand-driven tool, Forland was developed in response to a request by local authorities in French Guiana to better manage their forests. Sparsely populated and with few roads, these tropical rainforests are rich in biodiversity and carbon – as well as gold and other minerals that attract both large- and small-scale mining operators. In such a remote territory, surveillance is a challenge, making for a precarious situation. 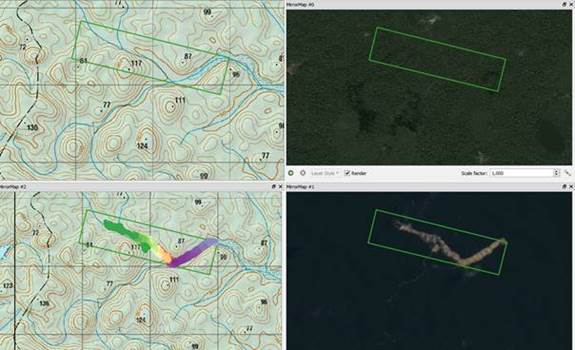 Example of an AEX zone (Authorisation to operate) ©Alexandre David

The Forland system arose out of a collaboration between Guyanese officials and ONF International (ONFI) – a subsidiary of ONF – to develop an effective remote-sensing system that allows local authorities to achieve their conservation objectives. By combining ONFI’s expertise with stakeholders’ local knowledge, the Forland team was able to develop algorithms that provide automatic updates on the evolution of forest cover in French Guiana every 12 days. “The tool automatically updates the map of deforestation indices that we send to the ONF Guiana team members, so that they can focus their efforts on the most at-risk areas,” explains Cédric Lardeux, a specialist in remote sensing and Geographic Information Systems (GIS) at ONFI.

The Forland system has been used in French Guiana for three years, and is closely monitored by local ONF officers. This relatively long-term trial allowed the tool to be fine-tuned as some of its limitations came to light. For instance, it became clear that the activities of artisanal gold miners who fell just a few trees can remain hidden under the canopy of larger trees – and thus beyond detection by satellites. ONFI adapted the platform by widening its application to other drivers of deforestation, such as the use of fire to clear land for small-scale shifting cultivation.

Several lessons can be drawn from this experience. The core aim of the tool – forest cover monitoring and alert systems – was successful in terms of both the results and how stakeholders were able to use them. This pilot test has provided the ONFI team with the experience, skills and credibility needed to apply the methodology in other contexts, for example for sustainable post-conflict local development in the Guaviare region of Colombia.

Ensuring the sustainable development of the Guyanese territory is an urgent matter. The Forland tool can help advance the management of French Guiana’s forests by giving authorities the ability to monitor potentially destructive activities. A broader use of Forland in French Guiana could include participatory planning of key territories and monitoring of ecological and social indicators, which can be used to develop various resource-extraction scenarios in consultation with stakeholders.

Armed with this knowledge, local officials could make more informed decisions regarding the distribution of new mining licenses – and thus better manage the country’s valuable forests.