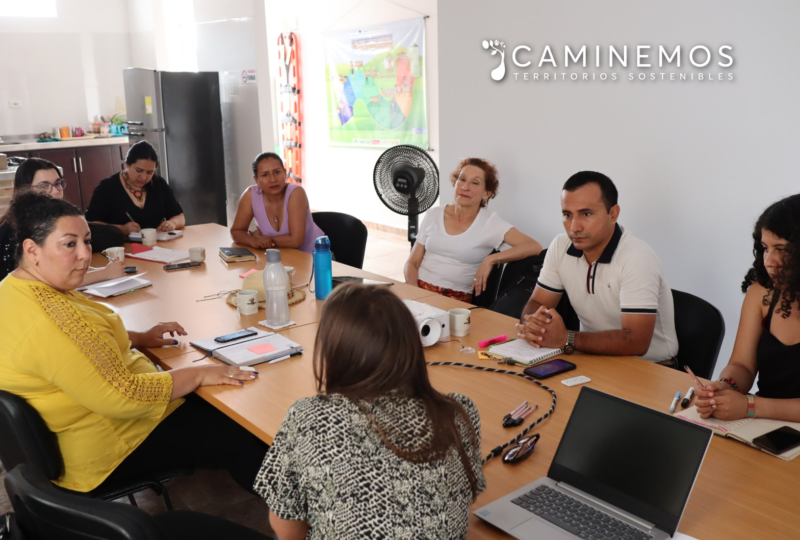 In the Guaviare region, Forland has found a tool that is particularly useful for, and eagerly awaited by, local authorities. The simulation of deforestation risks and reporting of field data facilitate short- and medium-term interventions, while the co-creation of scenarios offers a longer-term development paradigm. In this way, Forland’s contribution promises to be at the heart of decision-making.

When peace threatens the forest

The territory of Guaviare covers 5 million hectares between the foothills of the Andes and the Amazon rainforest. Situated between the Andean biome, the Orinoco savannas and the Amazon biome, Guaviare is home to rich biodiversity and vast areas of primary forest. The armed conflict between the Revolutionary Armed Forces of Colombia (FARC) and the Colombian state isolated parts of some rural areas for several decades, thus blocking the exploitation of natural resources. Since the 2016 peace agreement, the widespread development of animal husbandry and other agricultural practices have led to rapid destruction of the primary forest, which was once relatively preserved. The international community and the local institutions that supported the peace process in full have mobilized to try to ensure the development of this region is both sustainable and of benefit to all.

The ‘Caminemos, territorios sostenibles’ (Let’s walk together for sustainable territories) project, funded by the European Trust Fund for Peace in Colombia, aims to stabilize the agricultural frontier in order to prevent its expansion at the expense of the forest. Achieving this objective requires proposing development alternatives beyond direct action against land clearing. In this spirit, ONF Andina (the Colombian subsidiary of ONF International), Action Against Hunger, the Exito Foundation, Alqueria and the Governorate of Guaviare (hereafter referred to as “the consortium”) have implemented a strategy to change agricultural practices and support sustainability in local sectors to improve the living conditions of its people. These actions involve mobilizing, consulting with and training local actors to co-develop a new way of living in the territory. In this context, the Forland approach strengthens the implementation of the project for better participatory decision-making and greater transparency in the implementation of activities.

Forland in the Guaviare

The Forland team has deployed three digital platforms, accessible via a web portal. By meeting the diverse needs of different types of users, these platforms are designed to support the process of integrated land management.

The first platform allows automated monitoring and intelligent reading of deforestation dynamics; thanks to radar satellite imagery, the platform detects any change in forest cover every 12 days. These data are then automatically analysed to highlight areas at high risk of deforestation (with a prospective angle), thus allowing better targeting and prioritization of actions on the ground.

A second platform allows users to follow the evolution of the socio-economic indicators of the project as defined by thm and local actors. A The donor and the project leaders can then quickly assess the progress of the project and adjust its trajectories and activities.

The latest platform, currently under development, will support the regional government in territorial planning using tools for evaluating development trajectories. Multi-criteria analyses can be carried out from the platform to identify and delineate the areas most favourable to the development of agricultural activities from those with high conservation value. The criteria included in this analysis are being defined with the government and the scientific teams in a participatory manner, with the aim of providing results that allow a better understanding of the issues and thus facilitate decision-making.

Stay with us: our next article will tell you more about the use and operation of these platforms!